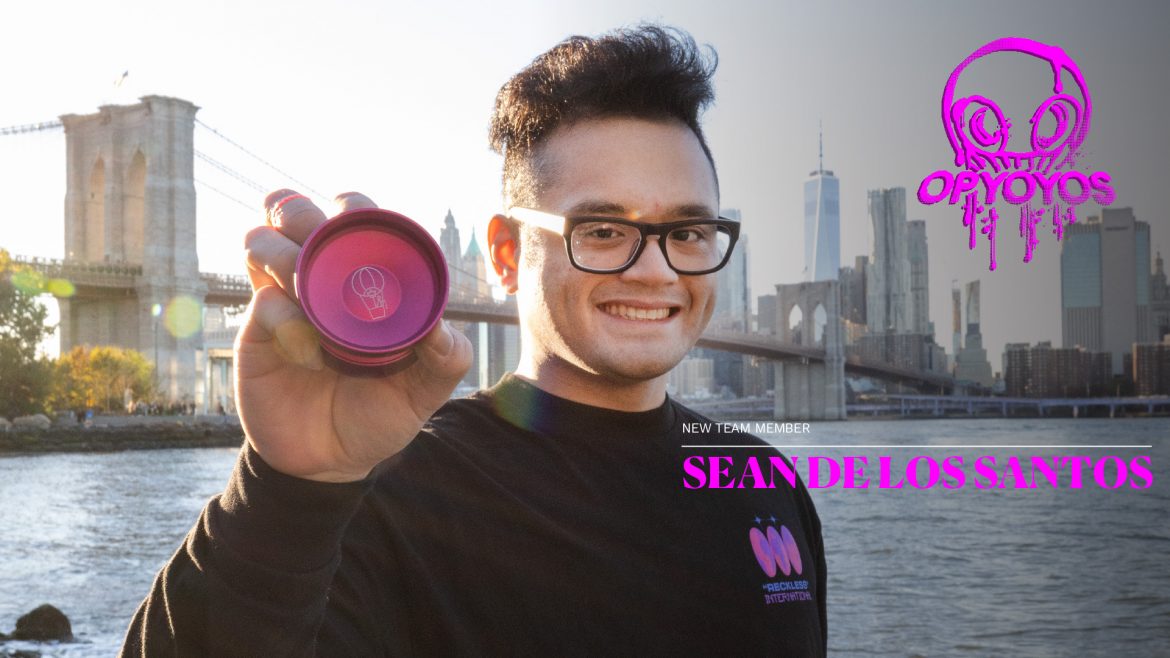 We’re so happy to introduce Sean to the team. He’s an incredible player and a lovely person. If you’ve ever seen him play or met him in person, you know already. To celebrate, he recorded a video with his friend, Takumi Segi. Check out Seans incredible range of tricks (Including some soloham bangers) and Takumis beautiful directing and videography.

Welcome to the team Sean, we can’t wait to see what the future holds. Thank you Takumi for the stunning video! 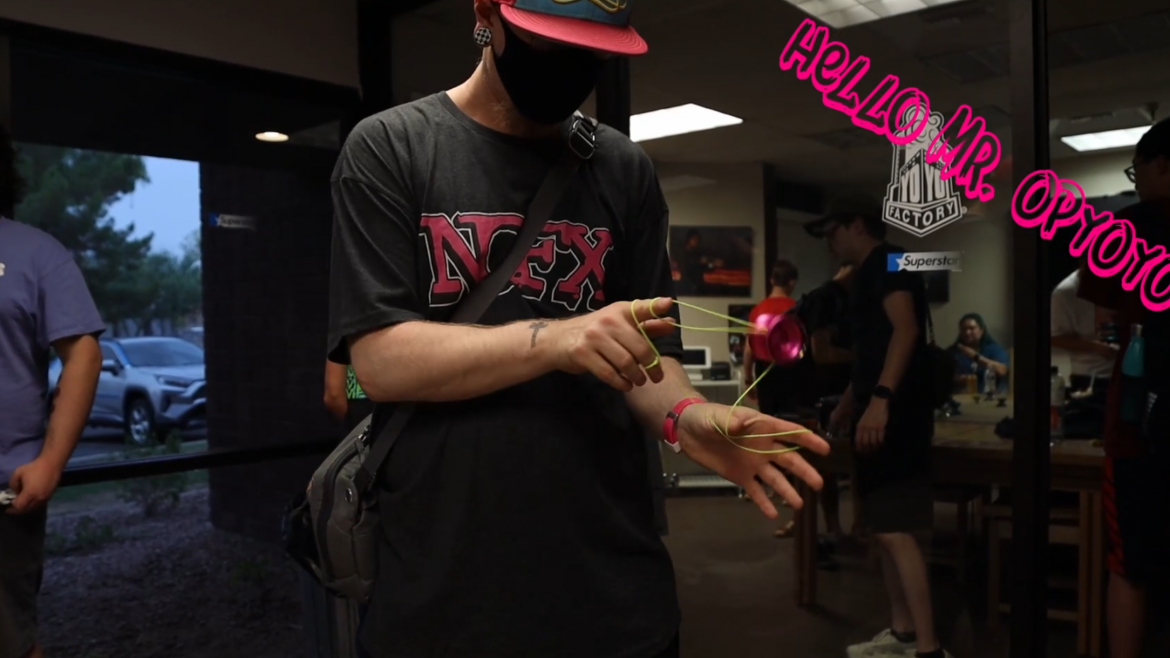 Balloon at the YYF Hangout

We hung out that the YYF HQ before the US National yoyo contest this year and Max filmed a bunch of people having fun with the Balloon for the first time. I hope you enjoy the fun video! 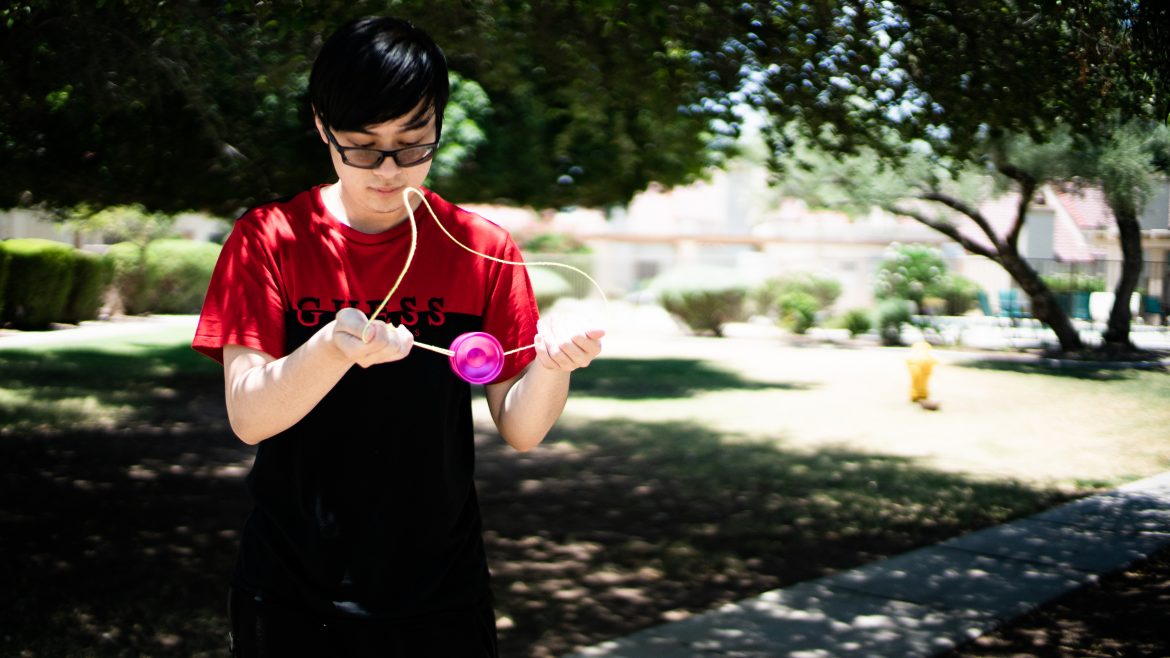 Andy Dang is one of the kindest and most generous people I’ve ever met. I was going to write a long post about Andy myself, but he shared something with me that I found much more meaningful: his personal depiction of his journey through the world of yoyo. Without further ado, I’d like to introduce Andy, the newest sponsored player of OPYOYOS.

Hi everyone! If you don’t know me already, I’m Andy Dang, also known as “The Draupnir Guy” and “The Unofficial Guess Shirt Sponsor”. I started yoyoing in 2013 when I stole a Duncan Butterfly XT from my friend’s closet (Sorry Steve!). I picked up a Yoyofactory Shutter shortly afterward, and then, of course, a Yoyorecreation Draupnir. Once I saw Gentry Stein’s world-winning performance in 2014, however, I was hooked.
I began traveling to more contests and collecting more yoyos, but I was a really quiet person in the community—I never established much of a presence in-person or online. I lost my passion for yoyoing in 2016 and it wasn’t until I decided to go to the 2018 World Yoyo Contest that my love for the hobby was reignited. I still never really had a presence, mostly keeping things to myself—that is, until the pandemic hit.
With quarantine setting in, I decided to join the online yoyo community. Little did I know that it would be the best decision I’ve ever made! My “cracked collection” was gaining traction and my tricks that I thought weren’t worth sharing got positive reinforcement.

I met Jordan when I bought an OPYOYOS Polybius, one of my favorite yoyos to date. Jordan was both a good designer and a valuable member of the community. We began communicating regularly, and after a while, we became close friends. We would talk about everything—not just yoyos—and in a lot of ways, I looked up to him. I was always happy to have him around, especially during the times when I wasn’t feeling my best.
Eventually, Jordan offered me a sponsorship. He saw something in me and thought I would be a great addition to the OP team. I was hesitant at first, as I was having some self-esteem issues, but eventually I realized that OP was the place for me and accepted Jordan’s offer.
That’s my story! I am excited to announce that I am now officially a sponsored player of OPYOYOS. I hope you all enjoy what I bring to the community!

P.S.—Check out my announcement video! 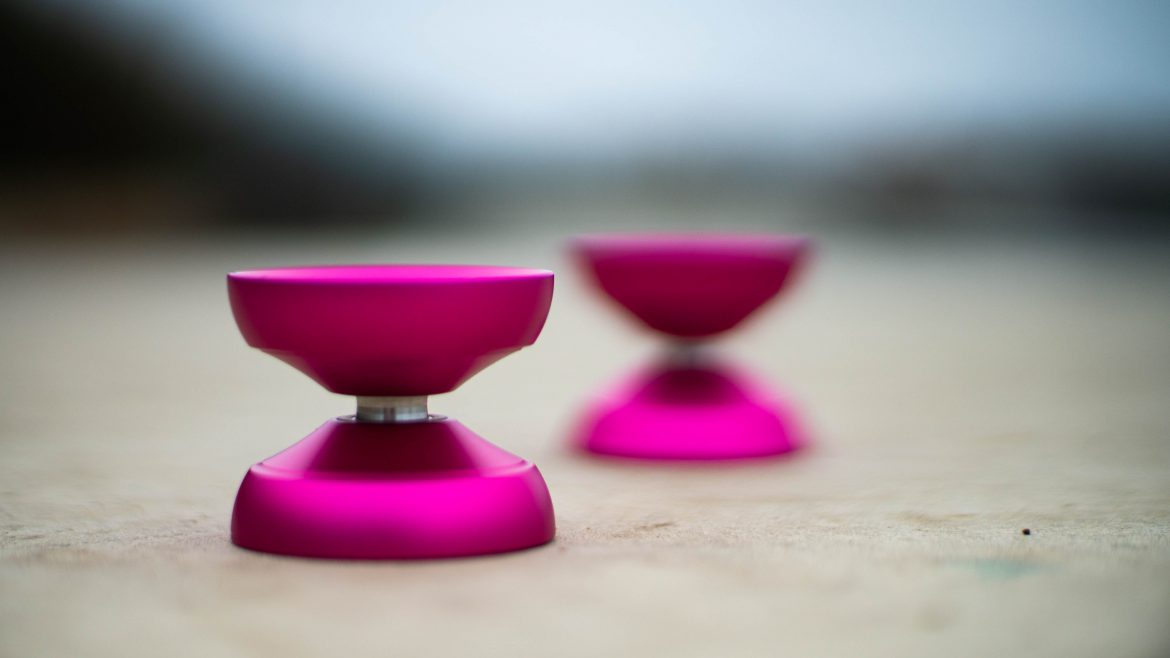 Only Pink Yoyos (OP for short) is the successor of Smashing Yoyos, my previous company. Smashing was originally a small company focused on making fun yoyos and bringing joy to those who played them. During the time that I ran Smashing, I made incredible friends, grew as a yoyo designer, and learned a lot about myself. Unfortunately, Smashing grew faster than I could handle. I had to disband the company but my passion for making yoyos remained. I spent some time exploring how I could continue to make the yoyos that I wanted to make, and what I found was OP.

Since its debut in 2019, OPYOYOS has allowed me to make yoyos with less of the stress that came from running such a big brand. With OP, I can make yoyos that nobody else is making—the yoyos I want to play with. From the widest, to the best-performing, to the most organic yoyo possible, OP is all about taking a characteristic of a yoyo and making it the best it can be. OP is making a yoyo that performs, feels, and looks at home where it counts—on the string.

Since this is my first post on my new blog, I’d like to provide some insight into the foundations of the company by describing my vision for the first OP yoyo. Without further ado, I’d like to introduce a yoyo that’s as wide as it is round—the first OP—the 543.

The 543’s main characteristic is that it’s wide—very wide. Most competitive yoyos range from 42 to 46 millimeters in width and 54 to 58 in diameter, but the 543, living up to its namesake, forms a perfect cube in its measurements: 54 millimeters in both width and diameter. Weighing in at 63 grams with an extremely open profile, the 543 feels comfortable, performs well, and looks pretty all while providing an extremely wide catch zone for easily landing tricks that are otherwise difficult to land, which is exactly what a player wants out of a wide yoyo.

Wide yoyos facilitate big tricks—big whips, big slacks, and big movements. Wide yoyos aren’t as good at technical tricks because they are harder to move through intricate mounts, so why design with that in mind? My goal in making the 543 was to make it spin long enough to practice those bigger, harder-to-hit elements with more confidence and ease. I was happy to sacrifice a bit of technical performance in favour of having the yoyo be more controllable for whippy and slacky elements, so that’s what I did. With the 543, there’s more of that satisfying feeling when a player finally nails that hook or slack they’ve been trying to hit for a while than with more traditionally-designed competitive monometals.

Since wider yoyos also tend to have larger, more flared-out catch zones, they’re also great for finger grinds. With incredibly little friction in the shape, I decided to push the 543’s affinity for grinds even further with an aggressively-blasted finish. The 543’s shape and finish not only favour long grinds, but they also feel nice to the touch. Thanks to the 543, I have invented and learned many fun tricks, accomplishing exactly what I set out to do when I first opened my CAD software. The 543 is easy on the eyes, confidence-inspiring, and most importantly, it’s pink as f***.

My description of the 543 is exactly what OP is: a company that creates yoyos that inspire players to learn new tricks, try something unusual, and explore the limits of what yoyoing can be. At OP, we pay attention to the small details that make yoyos capable of turning the tricks in players’ heads into the tricks in their hands.

Did you know I have a Patreon that provides excellent discounts, early access, and exclusive information for everything OP? For $7.50 USD/£5 GBP a month, OP Patreon members get everything early—OP yoyos, prototypes and even most Thesis yoyos. I even design yoyos for free for all patrons! OPYOYOS patrons get exclusive access to a private section of the OP Discord server where I share all of my designs, provide the latest news on OP, and chat with all of my lovely patrons. OPYOYOS wouldn’t happen without my patrons—not only do they support the company directly, but they also shape the future of OP.